What Is a Classic Car?

Believe it or not, there is no consistent definition of what a classic car is. But that doesn’t mean that there aren’t countless entities with their own definition. Here in the US, state governments typically define a classic car as any car over a certain age, normally 20 years and as the State of Pennsylvania phrases it“has been maintained in or restored to a condition which is substantially in conformity with manufacturer specifications and appearance.” However, that’s just a definition for a well-maintained old car, not a classic car. Just like a wine that was made 80 years ago doesn’t just become a vintage because it’s old, not all old cars are classics.

The Classic Car Club of America has a definitive list of their approved Classics (the CCCA uses the word “Classics” as a proper noun), but it only includes select cars built from 1925 to 1948. An owner of a 1954 Mercedes-Benz 300SL, a Ferrari 250 GTO, or a 1971 HemiCuda convertible might take exception to this definition, though. Even though their car is widely adored, can cost millions, and has been maintained in completely stock condition, they aren’t Classics. So why the limited definition of the Classic Car Club of America?

It may very well be that that’s just what they arbitrarily chose to recognize or it may be that cars made between the two world wars have a distinct style of their own and represent a distinct era in car making. However, to say that they are the only cars worthy of being called a classic is a bit of stretch for some.

ACCORDING TO CLASSIC CAR AUTHORITIES

If you combine the various definitions of a classic car from various classic car authorities, then you find a range of cars made from the mid 20’s to 1972. Cars made before that are typically called “antiques,” while cars made from the 1983 on are considered modern collector cars, currently. So where does that leave the remainder of the 70’s? It’s hard to say they are modern cars, but due to the impact of the energy crisis of the early 70’s on car design and the depressing malaise era that followed, no one seems to want to claim them as classics either.

Regardless of a car’s status, it’s good advice to never say to a fellow car owner “your car isn’t a realclassic.” To a certain degree, a classic is in the eye of the beholder. At Heacock Classic we don’t make these sorts of arbitrary distinctions. It’s more about how the car is used and maintained. Regardless if it’s a brand new exotic, a grand old Duesenberg, or a kitschy old fastback restomod from another era, as long as it is kept and driven as a collector car, that’s what we’re interested in insuring. It’s why we don’t consider Heacock Classic as just another classic car insurance company, it’s more accurate to say that we are collector car insurance company.

We believe the pursuit of car collecting is important historical and cultural curation and doesn’t need the same insurance that a daily driver needs. Because everyone hates that these pieces of design history can sometimes become “garage queens” we proudly cover pleasure use driving of collector cars that we insure. We’re also a top provider of race car and car show insurance too. We aim to provide the insurance that makes public displays of automotive awesomeness possible. 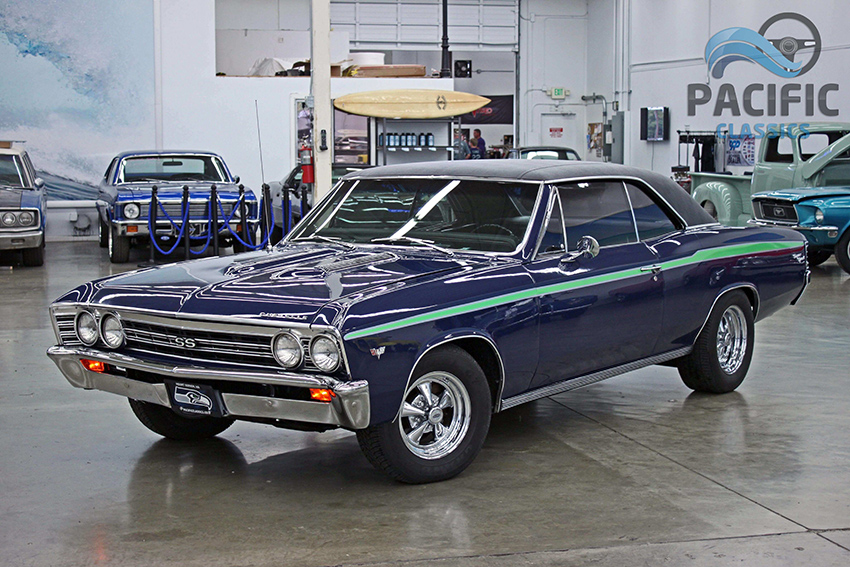 Enter at L12promo.com to win a Chevrolet Chevelle 1967, lovingly restored by Pacific Classics. The car is brought to you in collaboration with Lady 12. If you would like more chances to win get in touch with us and we will let you know how to have additional chances to win this car.

Few can afford most high-priced classic cars, so we put together a list of ten that experts consider to be undervalued or emerging, and therefore affordable, classics.

See which cars made the cut on Popular Mechanics

Contact Us
Compare List
E-News Signup
We use cookies on our website to give you the most relevant experience by remembering your preferences and repeat visits. Click “Good to Go!” and we've got you covered. Do not sell my personal information.
GOOD TO GO!
Manage consent

This website uses cookies to improve your experience while you navigate through the website. Out of these, the cookies that are categorized as necessary are stored on your browser as they are essential for the working of basic functionalities of the website. We also use third-party cookies that help us analyze and understand how you use this website. These cookies will be stored in your browser only with your consent. You also have the option to opt-out of these cookies. But opting out of some of these cookies may affect your browsing experience.
Necessary Always Enabled
Necessary cookies are absolutely essential for the website to function properly. These cookies ensure basic functionalities and security features of the website, anonymously.
Functional
Functional cookies help to perform certain functionalities like sharing the content of the website on social media platforms, collect feedbacks, and other third-party features.
Performance
Performance cookies are used to understand and analyze the key performance indexes of the website which helps in delivering a better user experience for the visitors.
Analytics
Analytical cookies are used to understand how visitors interact with the website. These cookies help provide information on metrics the number of visitors, bounce rate, traffic source, etc.
Advertisement
Advertisement cookies are used to provide visitors with relevant ads and marketing campaigns. These cookies track visitors across websites and collect information to provide customized ads.
Others
Other uncategorized cookies are those that are being analyzed and have not been classified into a category as yet.
SAVE & ACCEPT